Two new boards at the top of ASRock lineup for overclockers and water-cooling enthusiasts.

ASRock is proud to announce its latest Z690 flagship motherboard, the ASRock Z690 AQUA. Designed to unlock the best of Intel 12th Generation Core ‘K Series’ processors, the AQUA incorporates almost every leading feature imaginable. Looking as good as it cools, the Z690 AQUA truly stands out from all others.

“After the critical acclaim of previous AQUA limited-edition motherboard, we’re extremely excited to launch the Z690 AQUA, which features our most impressive and innovative tuning and cooling technologies that are designed to break the boundaries of what PC performance is capable of” says Chris Lee, Vice President of ASRock motherboard and gaming monitor business unit. 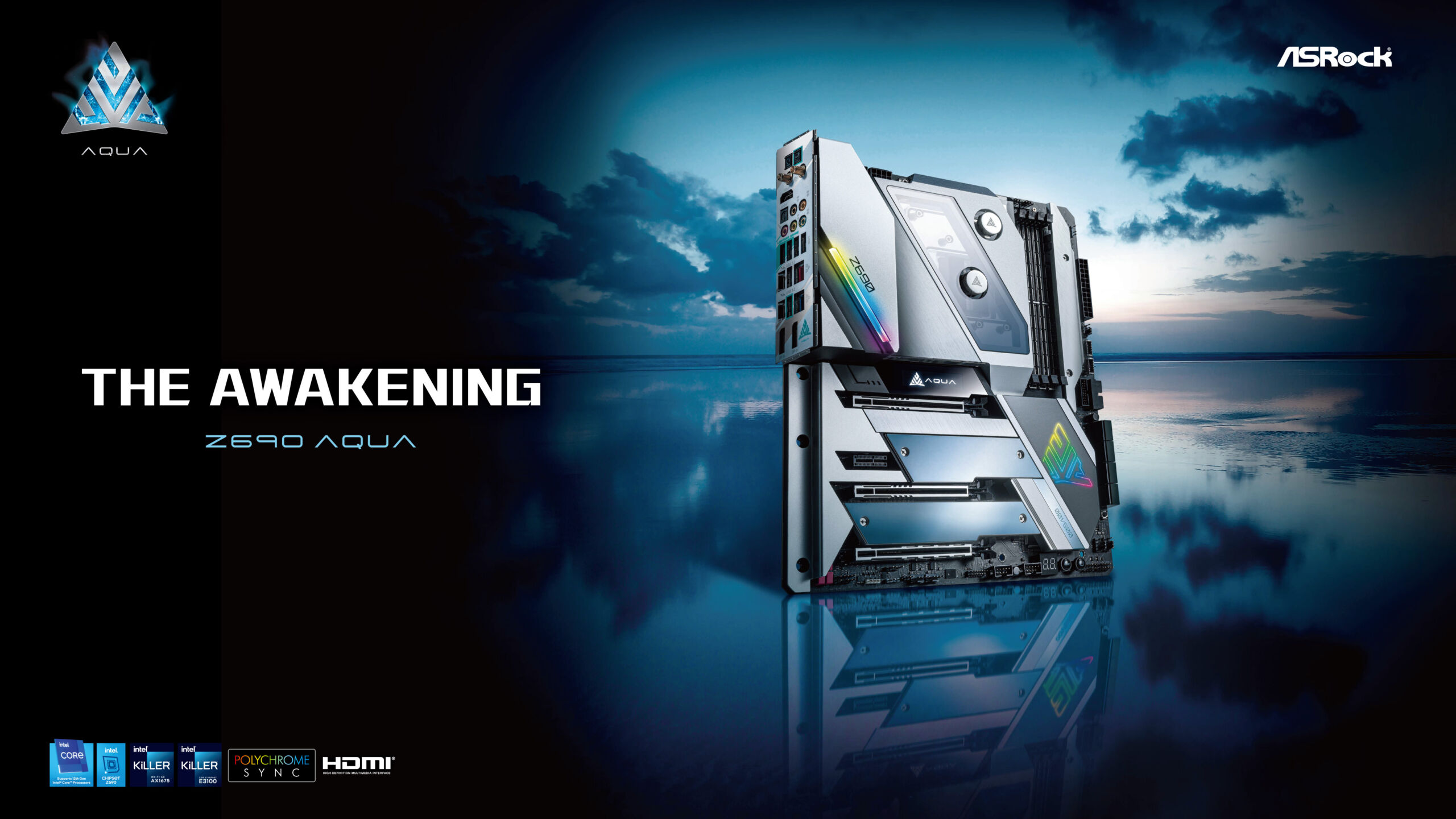 The Z690 AQUA features a water-cooling mono-block that efficiently cools both CPU and VRM, ensuring maximum performance while keeping the system completely chilled. ASRock includes a digital water leak detector in the package to ensure PC builders can create a legendary water-cooled machine in full confidence. Every PC builder demands addressable RGB effects that sync to their favorite colors and reflects their personal style, and the Z690 AQUA offers ARGB lighting and a built-in informational OLED display that can really draw the eye.

Ensuring maximum performance beyond the motherboard, two Thunderbolt 4 ports give 40Gbps of performance are available, plus not just one, but two USB 3.2 Gen2x2 front panel connectors give extra 20Gbps USB connectivity at the front of a PC chassis. Featuring 10Gbps AQUANTIA LAN, plus 2.5Gbps LAN and WiFi 6E, the Z690 AQUA ensures the widest variety of the fastest multi-gigabit connectivity is on hand to use, whatever your home networking needs. 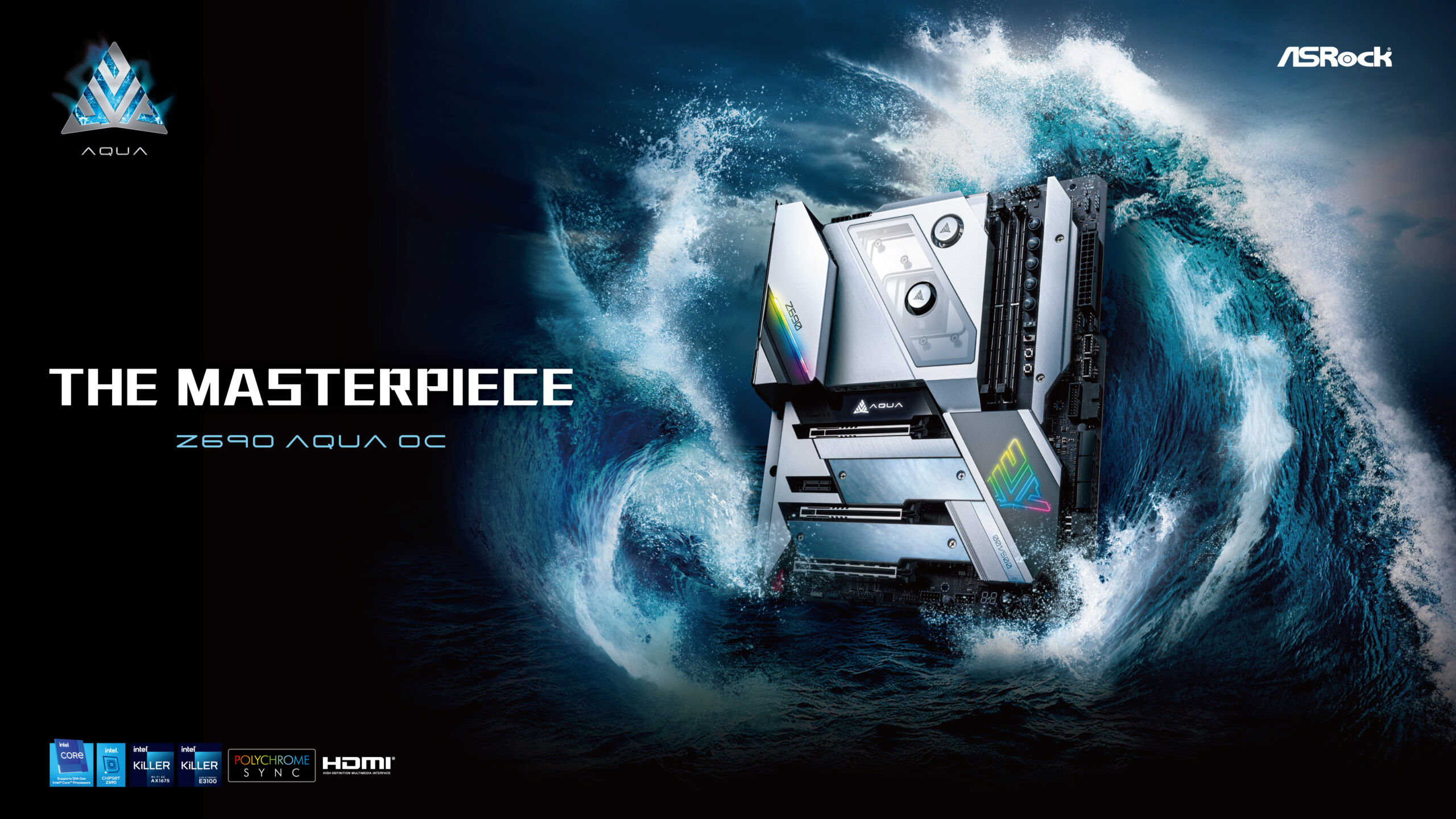 Building on the epic foundations of the Z690 AQUA, the Z690 AQUA OC is a limited edition motherboard designed expressly for extreme overclocking. In addition to the 12-layer PCB, 19+1 Digi Power Phase with 105A SPS, an external clock generator boosts OC potential. The two DIMM layout – one DIMM per channel – ensures optimum signal routing to unlock maximum DDR5 OC potential. With only 500 units of this incredible motherboard available – each with its own production number – get ready to get your hands on one of the world’s most exclusive flagship motherboards!

be quiet! Dark Power 13: No compromise ATX 3.0 power supply with 80 PLUS Titanium certification