di Francesco Bruno
in Articles, Hardware [ENG]
0
Home Articles
355
Visualizzazioni
FacebookTwitterRedditTelegram
Noctua today presented the all-new NH-D12L low-height dual tower CPU cooler and the corresponding NF-A12x25r round-frame 120mm fan. At a height of only 145mm (13mm lower than Noctua’s regular 120mm models), it fits many 4U enclosures as well as narrower tower cases that have been previously limited to solutions with 92mm fans. At the same time, its five heatpipe dual-tower design and state-of-the-art NF-A12x25r 120mm fan allow it to achieve a level of efficiency that surpasses many full-height 120mm models. 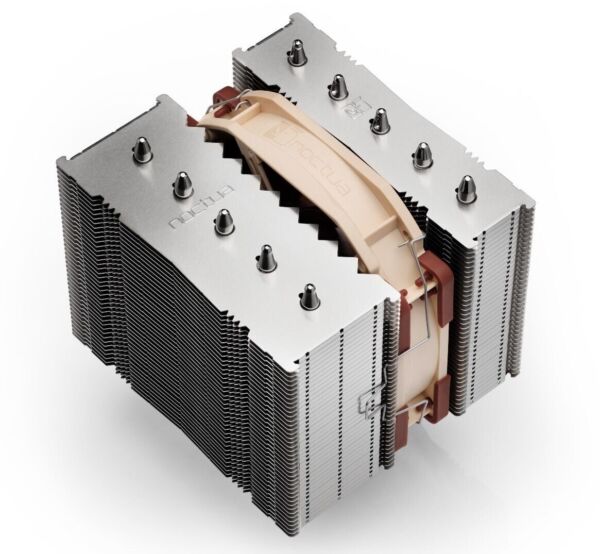 “So far, all our 120mm class coolers were 158mm high, but as of recent, more and more PC cases only support up to 150 or even 145mm – this is where the NH-D12L steps in”, explains Roland Mossig (Noctua CEO). “Simply lowering one of our existing models wasn’t an option because a standard square 120mm fan would cause lots of issues with motherboard heatsinks or shrouds. That’s why we came up with this novel dual tower design and a round-frame version of the NF-A12x25 fan that can be installed at a very low position between the two towers – a winning combination that provides impressive results for this height class.” 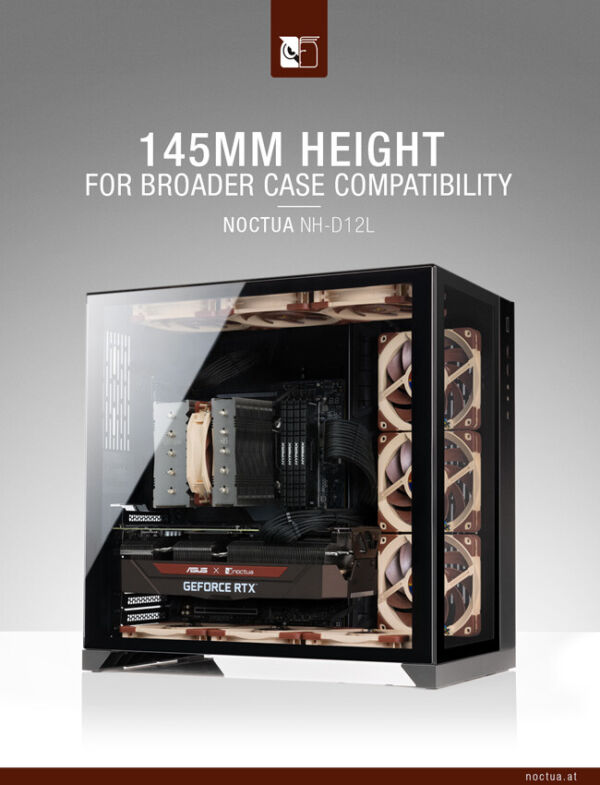 While Noctua’s regular 120mm CPU coolers stand 158mm tall, the NH-D12L measures only 145mm. This allows it to fit not only a wide range of 4U rackmount server cases and many tower-style enclosures that are not wide enough for 158mm units, but also some larger Small Form Factor (SFF) and Mini-ITX chassis. Despite its reduced height, the NH-D12L easily outperforms 92mm coolers. It can even surpass renowned 120mm units such as the NH-U12S and often comes close to Noctua’s award-winning 120mm flagship model NH-U12A. 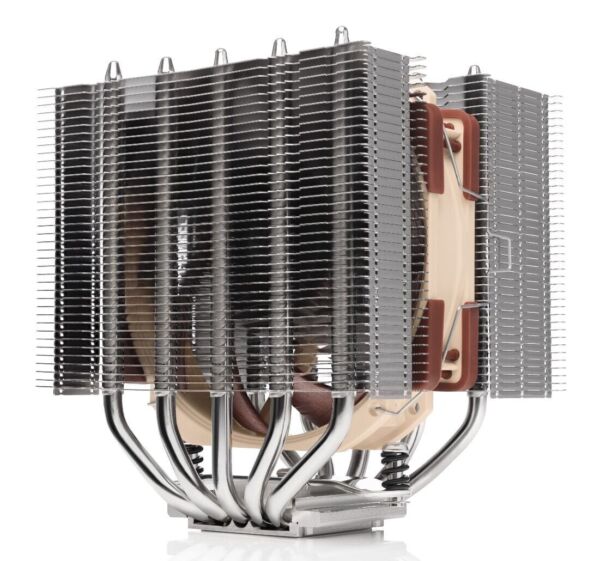 Due to its asymmetric design, the NH-D12L does not overhang the RAM slots on Intel LGA1700/LGA1200/LGA115x and AMD AM4/AM5 based motherboards, which ensures easy access to the modules and 100% compatibility with DIMMs that feature tall heat-spreaders or RGB lighting. 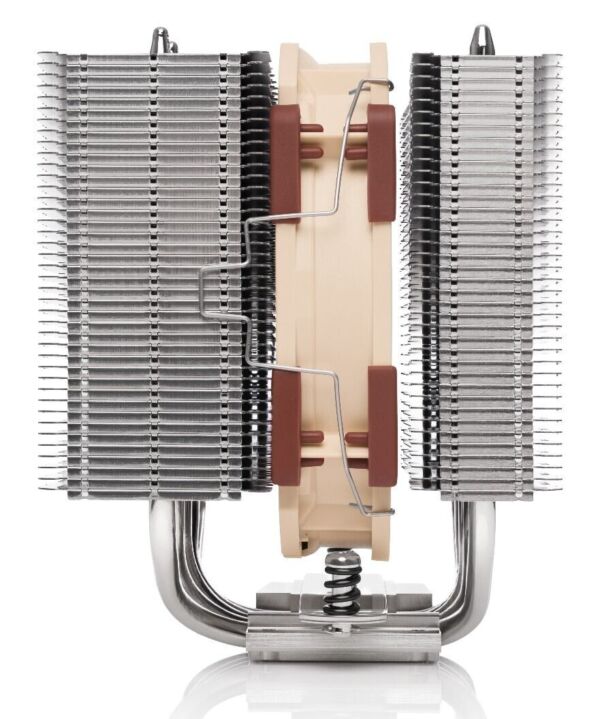 Introduced in 2018, Noctua’s NF-A12x25 is widely considered to be the best 120x25mm fan on the market. The round-frame variant used on the NH-D12L provides the same renowned quiet cooling performance yet makes it possible to reduce overall cooler height without risking compatibility issues with tall motherboard heatsinks or shrouds. The NH-D12L also ships with an extra pair of fan clips that can be used to install a second of these NF-A12x25r PWM fans either on the front or on the rear fin stack. However, it must be noted that the second fan will usually sit on top of either the RAM or I/O panel and thereby increase the total height beyond 145mm. 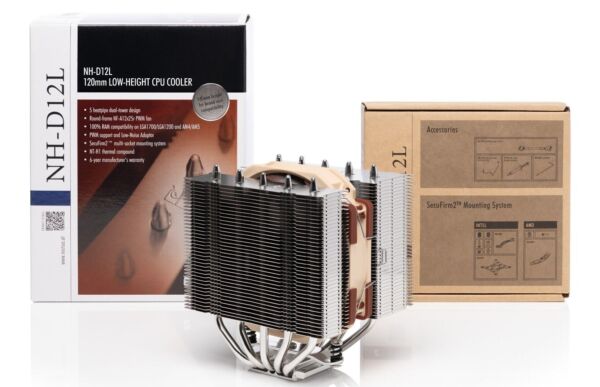 Topped off with Noctua’s award-winning NT-H1 thermal compound, a 6-year manufacturer’s warranty and the renowned SecuFirm2™ multi-socket mounting system that already supports Intel’s latest LGA1700 socket as well as AMD’s upcoming AM5 platform, the NH-D12L is the perfect choice for applications that require serious cooling performance but cannot fit the larger NH-U12A.

be quiet! Dark Power 13: No compromise ATX 3.0 power supply with 80 PLUS Titanium certification

Noctua presents the NA-STPG1 thermal paste guard for AMD AM5

Be Quiet! presents the 4th generation of its Silent Wings fans